Louise Ridley is an award-winning journalist based in London. She is on maternity leave and most recently worked editing digital and radio stories as a senior journalist at BBC Newsbeat. She was formerly special projects editor at HuffPost UK and news editor for longform and special projects for BuzzFeed UK which was named Website of the Year at the 2018 Society of Editors Press Awards. 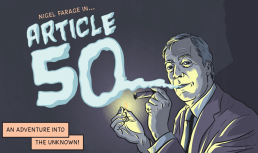 She has also edited and written for publications including The i, The Pool, The Metro, BBC Worldwide, The Evening Standard, Prospect magazine and Campaign magazine.

Louise has 11 years’ experience in digital and print journalism. Work she edited was longlisted for the Orwell Prize and shortlisted for the British Journalism Awards in 2017. She was a finalist in the Women of the Future Awards 2017, shortlisted for Digital Journalist of the Year at the AOP Awards 2016, and named one of The Drum’s 50 Under 30 Women In Digital 2015.

She specialises in editing news, news features and longform, running editorial projects, and writing about social affairs, gender, and the media.

She has appeared on media including BBC News, BBC World News, 5 News, TalkRADIO and LBC, and judged awards including the BAFTA TV Awards, Student Publication Awards, Women in Marketing Awards and the Charity Film Awards.

With other female journalists, she co-founded The Second Source to address sexual harassment and barriers for women in the media industry. She was invited to speak at the International Journalism Festival in Perugia 2018 about this work.

On this site you can find out more about her journalism career, examples of her editing and writing, media appearances and other work, and how to get in touch.