Louise Ridley is an award-winning journalist, living and working in London. She was previously a freelance special projects editor at HuffPost UK and news editor for longform and special projects for BuzzFeed UK, and has also worked at publications including BBC Focus magazine, the Evening Standard and Campaign magazine.

In 2018 Louise was special projects editor at HuffPost UK for its HuffPost Listens project, which relocated the London-based newsroom to Birmingham for a week of grassroots reporting and events to connect with the second-biggest city in the UK.

She commissioned stories, curated intimate ‘Listening Circle’ events where small groups shared experiences of housing, equality and parenting, and asked over 100 people about what they felt the media should cover more, working with illustrator Andrew Garthwaite who drew the interviewees. 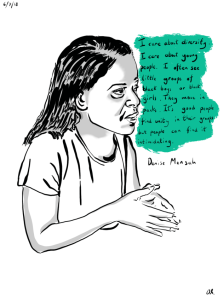 From 2016 to 2018 Louise was the first UK news editor for longform and special projects at BuzzFeed, which reaches 200 million users globally.

Digiday interviewed her about her day-to-day work at BuzzFeed here.

In 2017, a feature she edited on how newspapers recycle the same stories about single mothers on benefits was longlisted for the prestigious Orwell Prize, while a report on online filter bubbles spreading misinformation about autism was shortlisted for the British Journalism Awards. Another piece prompted Eurostar to change its wheelchair policy.

She edited special projects such as a series on housing, which revealed families living in flats no bigger than a parking space, why people in their 30s still live with their parents, and how the housing crisis affects you based on your postcode.

Her series on disability rights investigated the postcode lottery for NHS wheelchairs, spent a day with a student with 24-hour social care, and showed what it’s like to have an invisible disability. A game showing what it’s like to travel on public transport as a wheelchair user is being used by the EU initiative CIVITAS to teach European cities how to be more accessible. Comments on the series included: “My eyes and world have been opened so much,” and “It was life-affirming to know I’m not alone”. It was covered by media including Radio 4, where a reviewer said it showed BuzzFeed is “a real force for good”.

As a result of her work, Louise was a finalist in the Women of the Future awards 2017.

From 2014 to 2016 she was assistant news editor at HuffPost UK, where she edited special series including TransBritain, the first series on transgender rights from a national publication, which was praised in the House of Commons by a shadow minister for “holding the Government to account”.

At HuffPost she became a recognised reporter on gender, revealing why female journalists are a target for trolls and why media injunctions show the “moral abuse” of courts as they are almost entirely taken out by unfaithful men. She secured the first interview with No More Page 3 after The Sun dropped topless models. Her tweet pointing out media sexism towards Emma Watson’s #HeForShe campaign was covered around the world. She trialed an experiment by only running news about women on the HuffPost homepage for International Women’s Day.

She also led the news team’s solutions-focused ‘What’s Working’ reporting, getting Tesco’s CEO to admit he felt guilty about food waste, going behind the scenes at Russell Brand’s café staffed by addicts, speaking to companies who make all of their salaries public, and explaining how a stick figure called Charlie helps men who abuse their families. She championed compassion for refugees when the migration crisis was at its peak, with pieces including a blog on Krishnan Guru-Murthy helping migrants on Lesbos that reached 666,000 people.

She wrote several features for Young Minds Matter, HuffPost’s campaign around the UK’s mental health problem amongst children, guest edited by the Duchess of Cambridge. It was shortlisted for a Mind Media Award. 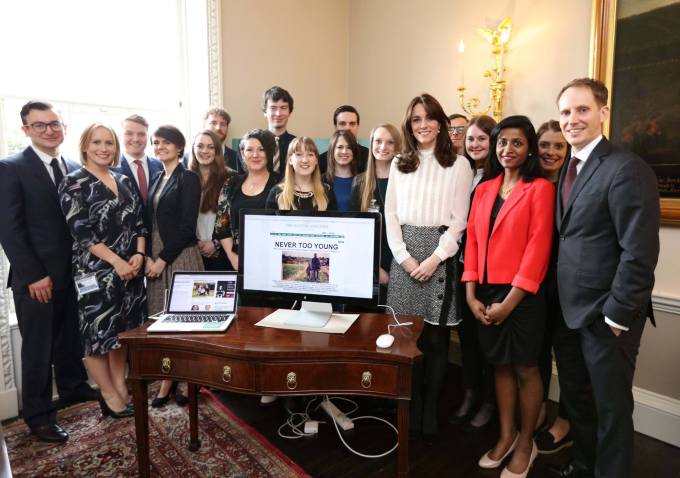 As a result of her HuffPost work, Louise was named as one of The Drum magazine’s ’50 Under 30′ list of women in digital 2015, and shortlisted for Digital Journalist of the Year at the AOP Awards 2016.

As a senior reporter at Campaign magazine, she called out sexism in advertising and launched pioneering 24-hour global blogs covering events like the Cannes Lions festival.

At Campaign’s sister magazine Event she covered the 2012 London Olympics and helped start the Women In Events campaign, revealing that only a fifth of top events professionals were female. She won Meetings and Events Features Journalist of the Year at the Business Travel Journalism Awards.

As digital editor at Focus magazine, then part of BBC Worldwide, Louise edited the first iPad app from BBC magazines, which was named the world’s joint best publication app by iMonitor, and one of the best apps of the year by The Sunday Times and Apple. She interviewed figures including Jimmy Wales and James Watson, and her science writing won New Consumer Specialist Journalist of the Year at the PPA New Talent Awards 2012.

Louise grew up in London and studied English Literature at the University of Warwick, followed by an MA Journalism at Goldsmiths, university of London. She got her first paid journalism work as a researcher at The Evening Standard on its ‘1000’ magazine, which was shortlisted for the British Press Awards.